After qualifying all the exams, the student will be award with grades as per their percentage of marks obtained.

Alhuda Online Professional Chinese course Pakistan resolve of this course is to train participant to few things of Chinese nation. Chinese language is very hard language. But the languages of Japan and Korea are comparable to China. There is not much modification in their languages. Today, China is embryonic very fast and its language has taken its place. Now it's contemplate as an International Language. Chinese language is the oldest written language in the world with six thousand years of history. Chinese Charm Writing have been found in turtle and shells dating back to the Shang dynasty (1766-1123 BC) proving the written language has were for more than 3,000 years ago. Many institutes learn Online Chinese language course but Alhuda Online Professional Chinese course Pakistan is the one of best institute for education Chinese language course in not only Pakistan in all finished Pakistan.

The Chinese language is very imperative in Pakistan because there are many Chinese corporations effective here. You must be fluent in Chinese to work in these corporations, mainly many Chinese companies want to participate here because of the CPEC plan. There are many Pakistanis working in CPEC who also speak Chinese and if you want to work too, you have to learn Chinese Language. Today most of the students want to go to China for education for which Chinese language is compulsory. Most of the students go to China but they do not know Chinese which is why they face many snags. If you want to go to China, you must know Chinese so that you do not have any effort in going there and you do not have any effort in reviewing.

Alhuda Chines Language Course Pakistan To develop and strengthen language skills in listening, speaking, reading, and writing. In this Course The Participant also learn master the Chinese phonetic system (pinyin and tones) with satisfactory pronunciation. And To understand and use correctly basic Chinese grammar and sentence structures. To build up essential vocabulary. 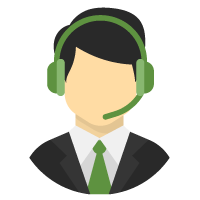 Admin Welcome to Alhuda I.T, if you have anything to ask please via our WhatsApp
Alhuda I.T A.O.A there! Hello, Can I help you? In case of no responce within 30 minutes, visit https://www.alhuda.com.pk
:
Chat WhatsApp